America! Give us, well-intentioned citizens, finally a few good reasons why it is so necessary to possess arms. After all, we don’t live in the cowboy era any longer and shooting Indians (with permission) has long been banished. What reasons can possibly justify the disastrous consequences of a situation in which the wrong people are in possession of arms, which they then aim at their fellowmen to kill as many as possible, as the killer couple in San Bernardino, Calif., did earlier this week.

A seemingly normal couple, ‘parents’ of a six-months old baby, both of them each not yet thirty and, in the eye of the beholder, living the ‘American Dream,’ embarks deliberately on a mission to wipe out as many people as possible. The man even held a job as an environmental health specialist for San Bernardino County. Even his close family didn’t have any idea that this couple was living a double life. 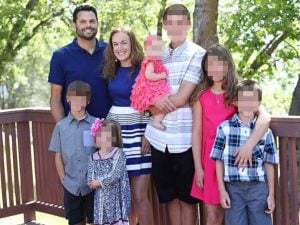 In the newspapers you constantly read about the different types of weapons that were used. It looks like the journalists and the readers still get a kick out of America’s cowboy past, if only by exposing these things. Stop these descriptions – it only keeps destructive tendencies going! Don’t mention these details. Rather try to find out what ultimately motivated these murderers. 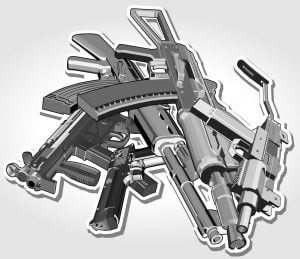 Here are the two points I want to make:

Give us, (the world) finally one good reason why it is so vital to Americans to bear arms and to defend that right at the cost of the lives of innocent people. Is it possibly only for a misguided feeling of identity, in this case an American identity? The identity problem could better be resolved if steps were undertaken to have a Healthy Sense of Self be instilled in every child, at home or in school, for that matter, as soon as it becomes obvious that the parents are not up to it. If there would be appropriate education in that field there wouldn’t be one teenager left, so vulnerable in his or her Sense of Self that he/she would let him/herself be influenced by extremist- or other mentally-ill ideals, and, desperate, go search for their purpose in life by becoming a member of groups that represent those sick ideals.

Why don’t all gun owners spontaneously take a step forward and throw all their guns on a big heap to be dismantled and made harmless. Hang them on the wall as a trophy with a sign underneath: “I made my contribution to world peace. Times have changed – gun ownership is no longer appropriate!”

To all the Boards of Education

Include in your curriculum the rule that every person has the right to be him/her Self, starting in Kindergarten. That sounds so normal and simple but most people struggle with that concept and are angry and frustrated, or dependent on all kinds of external conditions which, when threatened, are defended with tooth and nail and with their own lives.

Let’s work on a Healthy Sense of Self for ourselves and for our children! Every step on the road to this ideal has a positive effect and however small, all of them together will save the world from self-destruction. 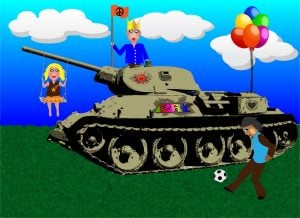