After the Daily Mail published a story criticizing the Beckham’s for allowing daughter Harper, 4, use a pacifier, the sports star turned celebrity fired back on Instagram.

According to the Daily Mail article, published on August 9th, “parenting experts” warn that the Beckham’s are putting their child in danger by allowing her to use the dummy, the English word for pacifier.

David Beckham quickly took action and shut the attackers down with a screen shot of the article and a brilliant comment that began with “Why do people feel they have the right to criticize a parent about their own children without having any facts??” 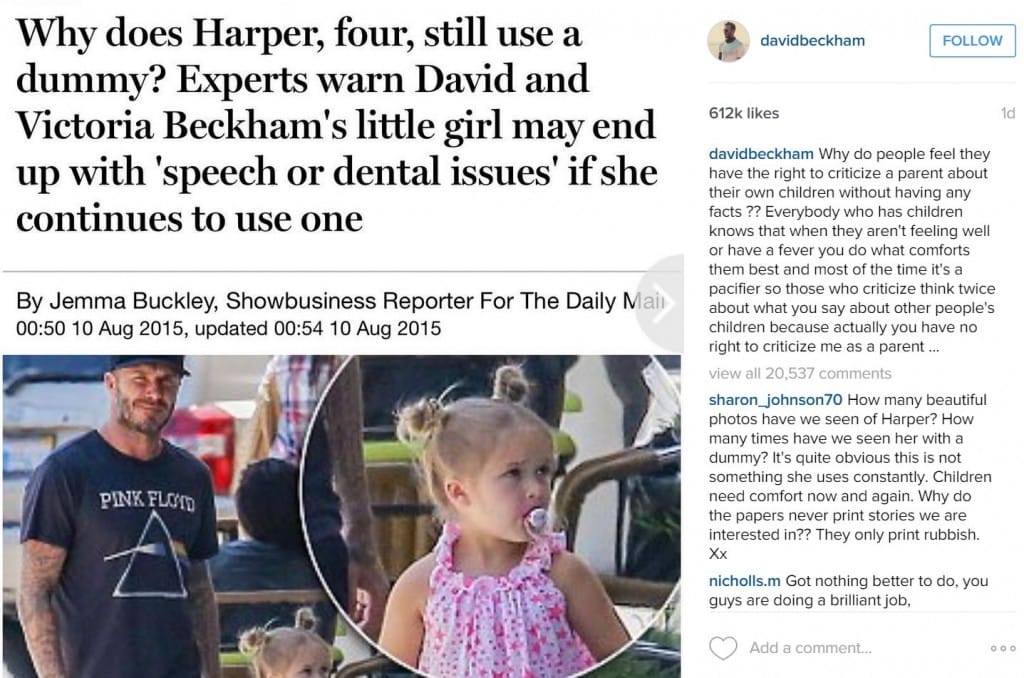 “It’s a phenomenon that, in the media, routinely pits women against each other while ignoring the underlying causes — lack of subsidized daycare, inflexible workplace policies, and at heart, a society that doesn’t support families,” Yahoo.com Senior Writer Elise Solé commented in a recent article about the situation.

We couldn’t agree more with Solé.

It’s really, really easy to judge not only parents, but anyone, based on what you simply see. What’s much harder is to constantly remember and keep in mind that everyone deals with their own situations and problems in their own way. Just because it’s different from how you would handle it, doesn’t mean it’s wrong, and the sooner we stop pinning parent against parent, the sooner we’ll all be able to live our lives with greater peace and happiness.

Posted in Current Events, Parenting, Thought of the day