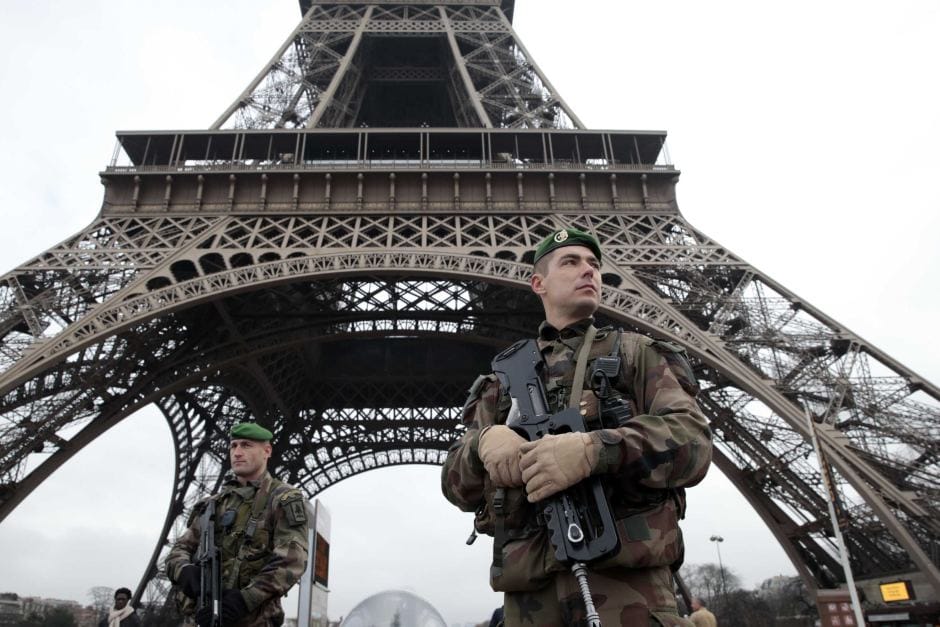 The similarity between fighting another nation, religion, or group and becoming your true self –a reaction to the many terrorist attacks in Paris, Friday November 13th, 2015

People are like a country: they have their own territory.

Paris Massacre on November 13, 2015 sends shock waves around the world.

November 13, 2015 the world was shocked by several terrorist attacks in Paris on a Friday evening, among others, unsuspecting people at a concert in Le Bataclan. The terrorists didn’t speak a word, were dressed in black. According to eye witnesses they were young people: between 20 and 25. What is going on in the minds of these young people that they would participate in such a violent act?

What gives people the idea that they can impose their will on others, or worse, eliminate them and take possession of the world? It can only be a desperate and compulsive fixation on implementing the norms of their group with brute force to create the questionable feeling that they really exist:

Look at what I am doing, therefore I am!

The group is everything for these people who don’t realize that they are a person just like every other person. These people totally depend on the continuation of the group because they have shifted the boundaries of their Self to the boundaries and values of the group. With force and through force they confirm their position in the group because they don’t have the courage or the awareness to look at themselves and see their own human reality: they are mortal, they only have one life and they are far from perfect!

Apparently, it causes more anxiety to look at your Self and accept and appreciate yourself and your human condition in this life than it does to eliminate your fellow men.

In the course of history you can recognize a pattern: for centuries people have fought each other,  – agreed, initially to survive – but, for some reason, people (many politicians) are prone to want to gain status and power. That reason is because they have no Healthy Sense of Self as the person they are. This inner void is compensated by external successes and victories. It is irrelevant to people with a Lack of Sense of Self if other people fall victim, because their desperation to prove themselves and the world that they exist is what keeps them hostage. They have no idea how to truly sense their Self and in their struggle to get things their way are willing to kill others (and themselves).

Fortunately as time goes on, there are more and more people who realize the importance of coming to terms with their own demons. Every person has them.

It would be so much better if all people who spend their energy fighting others and especially in wars and terrorism, could put their own house in order. If they would try, with the same amount of energy, to free themselves of the phantom messages of their parents, educators or groups that give them that sense of belonging and that still wander around in their minds.

Strict norms and values are compulsively obeyed and only to obtain prestige and respect within the family, or as a substitute for family, in the group. Dependency on the group is a compensation for a lack of personal backbone. When will people who engage in terrorist acts finally have a look at themselves and ask themselves in all honesty: “What are my own thoughts on this?”

Let us move from a macro to a micro battle.

Alas, presently the world isn’t ready to honor this self-directed activity with iron cross or gold medal. Effectively freeing yourself of invaders from your past, who were victims of the invasion from their parents and the groups these parents “belonged” to, will really contribute to world peace.

Let this be an appeal to all war mongers, terrorists, and intolerant fellow citizens to ask themselves what it actually is that drives them: real love for the existence of yourself and others or a compulsive urge to not have to confront your own truth.

It takes as much courage to tackle that part of your Self that is not authentic as it is to plan and execute a war strategy, if not more!

Editor’s Note: As of Saturday morning the news is reporting that as many as 129 people were killed in the Paris Massacre due to the multiple coordinated attacks in Paris on Friday evening November 13, 2015. To all the people impacted by the event itself and the aftermath, be they friends, family, and human beings at large, we express our shock, sadness, and offer our support. Our hearts go out to you all. ~Deborah Drake, Managing Editor