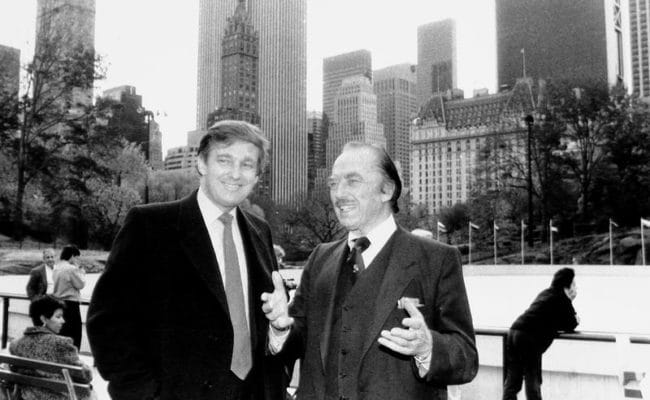 We do not want our narcissistic parent to rule our life – we do everything we can to become the masters of our lives and rightly so because we only have one life to live: “My life is mine, and mine alone!”

YET, there are still many so people who prefer to be beaten by their master/bully then to take responsibility for their own lives. There are still many people who help their abuser stay in power, or in this case, get to power, because they have been trained NOT TO BE ABOUT THEMSELVES but about the one who raised them. But your body and your life are YOURS and yours alone!

We do not want our country to be ruled by someone who lacks the characteristics of being mentally healthy, now do we?

Some victims of narcissistic abuse chose to compensate for the lack of respect they received by becoming bullies. They have no true Sense of their Selves and are not in touch with the-person-they-are deep down inside. Others (the co-dependents) chose to behave in the opposite way in that they feel that “an authority,” however bad he may be, gives them purpose in life. These people are all about pleasing him (or her) and get his approval. By doing so, they perceive to gain the security and safety they never received.

From day 1, Mr. Trump has displayed all the signs of being a bully and a narcissist. We have to give him that one: he has no shame in publicly admitting that he is putting other people down in order to rise above them. We have to admit that he is all about himself in a unhealthy way!

If Trump is a a victim of narcissistic abuse himself and consequently a narcissist himself, then his followers are co-dependent. This means they will go out of their way to forgive their abuser anything in order to protect their own belief system- that they can get security and acknowledgement outside of themselves. Blaming others when things go awry is so much easier than looking inside. Most of all they protect their own desperate belief that their abuser is a good guy who is strong and powerful and that he will help them get their basic needs met.

Unfortunately, he will not! Because all he sees is himself.
Because, he too, is blindly trying to get his needs met. All he aims at is to become so powerful that his own father will say to him:

“Wow Donald, I didn’t think you had it in you.
I must say I was wrong about you –
you would have been worth my full attention,
and yes, my attachment
to you-as-the-person-you- are!”

However, we already know that a narcissist will never say that. He only has his own goals in mind, as he, just as desperately, needs to convince his own parent who didn’t really acknowledge him as a separate, independent unique human being. Because Donald’s parent too only saw himself – there was no room for other people in his scope.

This pattern makes co-dependency an issue that is transferred from one generation to the next until you break the chain!

Mr. Trump is too self-absorbed to see his own victim-hood
so he won’t be breaking that chain.

We have to help him, America!

We have to stand up and learn to be about ourselves in a healthy way so we do not need the Trump story, to cover up our lack of courage to take responsibility for our own lives, for our own government, for our own America! You can do just that when you make sure to have a Healthy Sense of Self.

Ignore this Narcissist from now on.
Please, MEDIA – do not be co-dependent! Take responsibility: where focus goes energy goes! YOU MEDIA, you can make the difference: Focus on what we want to create in the world– not on what we do not want! You have a responsibility and a duty to dictate the national consciousness and dialogue.

As much as M. Trump may be a victim in his own way, many narcissists are a danger to others. They do not know what they are going to do next because it is impulse driven. Getting it his way is a matter of life and death to him and YOU, You and YOU are just a pawn in his game that he will throw off the board without any remorse.

For narcissists reasoning does not work – For co-dependents equally so. They are in agony, and feel the need to control every single move of themselves and of others for fear of feeling ANNIHILATED. That means having a sensation of being bodily present in this world but having no impact, just the way they felt around their narcissistic parent.

STOP TRYING TO MAKE IT WORK –

Be about your self, in a healthy way… Think for your self!
Think with your own wondrous little grey cells.
What is best for this country?
See others for who they are: people like you and me!
WE are ALL children of this earth.
Together we are strong and smart – we do not need a disturbed Godfather to prolong our fiction “that we can make it work!” and finally give us what we so desperately need.

We are responsible for our own well-being, but it requires taking action.
What will you do?