In early February, I spent a week in Olympia, WA with my daughter who would spend the week as a Page in the Washington State Senate. Her intention to be a Senate Page was set in motion in May the year before by an eighth grade field trip to the Capitol City.

I happily tagged along as a parent chaperone. I knew that day in May as I heard the tour guide explain the Page Program while we were standing in the Grand Ballroom of the Capitol Building; I’d be hearing later, “I want to do that mom.” And, I did.

A little back story for some bigger context…

My daughter was all of seven years old when she first revealed her enthusiasm for “American Politics” (and I use that term loosely here). Barack Obama was running for the Presidency on the Democratic Ticket. Mom here is not overtly political, but NPR is the #1 radio station playing in our home so maybe, the theory of osmosis, is at work here. I’ll never forget the day that she said to me emphatically how exciting it was that either a “black man” or a “woman” was going to be President. She said it with such conviction and confidence; it was as if she knew something I didn’t. Fast forward to January of 2008 and my now eight year old daughter (and future Page:)) was happy that Barack Obama had won the Election. We had had many fascinating conversations that previous Summer and Fall and I found myself in dialogue with a very present young person who knew what she wanted and what she hoped for. She also had a particularly strong affinity with the words of Martin Luther King. She still does. It was pretty heady stuff for a 3rd grader, but maybe not for a young person with a strong Sense of their Self and the world around them.

I share these past and recent experiences because of how they are connected. Watching her walk briskly toward the Capitol that first morning sparked in me a new sense of wonder that stayed with me–all week long in Olympia. 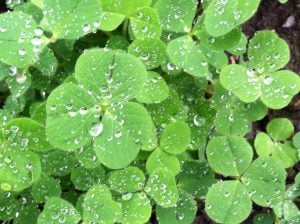 Terry, the gracious grandfatherly security guard at the front reception desk of the building I walked her to each morning said to me that first morning, “Oh, she’ll do fine. And at the end of the week she won’t want to go home.”

He was right. First day she was nervous but by day three she was already wishing the assignment would last two weeks. By the end of the week she was aware that she could do more of this kind of work—if that is what she wanted later. Again, with no prompting from mom, she was choosing her path. As one fellow writer, friend, and mom I know says of her tell it like it is wunderkid as the recurring chorus of each Facebook post, “Heart pounding, love abounding.”

At every age, my daughter knew I wanted her to speak up, push back, and be her evolving self.

Self-expression—It is what I have modeled and encouraged since she was able to express with hands and art and words and more. Some moments her steely Sense of Self waivers as she navigates her more challenging school years, the changing friendships, and her own physical transformation. She’s grown into a person who does a good job of holding her own. She’s had her ups and downs with friends and her self-image (as we all do) but she returns to “Center” ever more quickly as she ages year after year. And, she does this without excessive interference by mom (for that is my intention.) I want to be there for her but not smother her. I want to encourage without imposing. She tells me that generally I care just the right amount but sometimes, “I am too much of a broken record about certain things.”

The week in Olympia was a bit of a throwback week in several lovely ways. It was her and I, roommates in a lovely AirBnB cottage a half mile from the Capitol. We’d brought all our groceries with is so each morning we’d rise together and I got to make her breakfast (and her lunch) while she readied herself. I hadn’t done that for her since 6th grade! She loved that I wanted to do it. She wanted me to walk her to the Page Office. But each time I asked, “Can I take a picture of you in your blazer today?” the answer was “No, mom. Not here.” She even wanted me to pick her up and on the walk home she’d bubble on about how fun the day was–essentially running memos and papers between buildings for Senators. Page School each day gave her a chance to play “legislator” and she co-authored a mock Bill calling for a later start time to High School At the mock hearing it passed 9-6 in favor. She was pleased with herself when she showed me the video footage capturing her presenting the Bill. She reported that didn’t enjoy the public hearings she had to sit in, but I enjoyed the ones I selected to observe. (The Political Process is whole other blog post. :))

The best part of the days were dinner time. We spent a little time each evening binge watching Gilmore Girls. She felt like Rory but told me I wasn’t as weird as her mother Lorelei. (smiling) It was a precious week as I watched my daughter thoroughly enjoy every choice she made from start to finish of the day. We’d not spent that intensity of quality time together for years. On the last morning I was making her breakfast, she came up and hugged me and said, “I am so glad you are here mom. And, that you are my mom.” 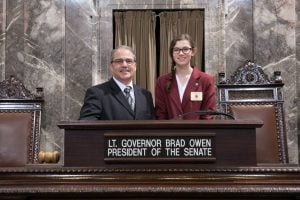 Translation (as my head and heart heard it): “Thank you for loving and supporting me and what I wanted to do for myself.”

I have found in my fifteen years of being a mother that it is cyclically difficult to step aside or simply show up as the supporter–that she might truly develop her own natural Self. Immersed in the Healthy Sense of Self material makes it easier for me to let her be herself (especially as a teen stepping into her own place in the peer ecosystem. At certain moments it’s really tough to let go and let her be—despite knowing what I went through till I was in my 20s…and then what I went through in my 30s and 40s… but I DO.)I remind myself; I am still a work in progress too.)

More often than not, I catch myself about to impose and I don’t. That benefits a growing person. That supports natural development of the Self. I will always speak candidly to her and encourage her to with me. In fact…

Once she once told me on a quick car ride home from school that her friends were blown away by what she had the nerve to say to me. They wouldn’t dare speak to parents “that way.” They’d get grounded! The fact that she shared this peer exchange with me warmed me to the core. It means to me that she feels safe being herself with me and that means so much to me.

Yes, that is a complex way of say she feels safe to be herself.

And, to think that I almost passed on being a parent. In part, my own story of growing up in a fractured family (in a myriad of ways) left me feeling mostly unprepared for being a good mother. Even the best of circumstances in childhood don’t fully prepare one for being a parent, but it helps to have felt heard, seen, supported “enough” at every stage of development. I guess I had enough good mirrors early in life that I could be a good mirror myself.

This much I know. Becoming a parent has made me a happier person who got to recognize my own Sense of Self more fully–through the journey of being a parent.

What are your thoughts on how being a parent impacts your Sense of Self and your children’s? We’d love to hear from you.

P.S. If you wonder about the health of your own Sense of Self, here’s a really quick quiz you can take for some first insights: https://healthysenseofself.com/the-healthy-sense-of-self-quiz/