This Is Exactly Why You're Having Difficulty Sleeping Skip to content

Even though I’ve overcome the sleep disorder I had when I was a young mother, I still have nights that I don’t fall asleep . . . or I wake up after a couple of hours — and that’s all the sleep I’ll get for the night. Even though I overcame insomnia, I still sometimes have difficulty sleeping.

And even though I’m writing a book about the correlation between insomnia and self-sabotage, there are still some very stubborn aspects of it that I encounter from time to time.

When I’ve been really enjoying myself, or when something has gone really well and I happily fall into my bed, it happens that after half an hour I realize: Oh no! I can’t sleep again? 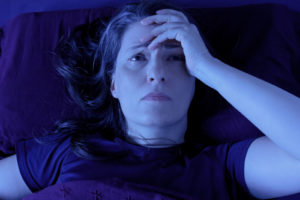 It’s a well-known pattern for me and it basically means that I’m not at terms with my authentic Self and that, subconsciously, I want “to prove something to somebody” with yesterday’s good (or bad) results.

To whom do I need to prove that, I then ask myself? The crazy thing is that I think it may be to myself. Is that so vitally important that it can keep you from sleeping?

Well, let me tell you this: That urge to prove to myself that I am O.K., that I didn’t fail, often relates to something I failed at earlier in my life, at least in my own mind. And obviously, it does play a very important role in my life.

You could say that it’s almost a matter of life and death that I prove I can be better than that. That, after all, I’m able to do it, whatever it is I’m doing.

& How It Relates to Your Sense of Self.

It can also happen that I can’t sleep because on a subconscious level (I really don’t have a clue!).  I’m scared to death that I won’t function well the next day because of my having difficulty sleeping. That really makes me want to sleep, at all cost. It’s so frustrating, isn’t it?

As you probably already know, sleep isn’t something you can force. On the contrary, the more you want it the more difficult it becomes.

But what I’ve noticed when it comes to having difficulty sleeping is that the only thing you can do is try to break free from the attachment to the results of what you have to do the next day.

It all boils down to doing things because we’re inspired rather than trying to live up to something in order to temporarily feel good about ourselves. The choice is ours to make!

Having difficulty sleeping allows us the time to reflect . . . to learn to experience the difference between doing things as a “performance” or as something real that comes from the heart.

The same goes for lying awake after an achievement. You just don’t want to let go of that “Feeling-good-about-yourself.”

You know the next day that feeling will be gone and because it is so important to you, you simply don’t want to let it go.

You should always feel good about yourself: after all, there’s only one you!

And then, after a night of struggling with your mattress and pillows and as day breaks, something falls into place and you know that good feeling is ruined now. No use trying to hold on to it anymore. Right? And then you fall into a deep sleep.

READ THE FIRST CHAPTER FOR FREE

Share this...
Posted in Difficulty Sleeping, Motivation, Self Management, Sense of Self, Wellness and tagged difficulty sleeping, insomnia, Introspection