Why Do Some People Never Suffer from Depression? Skip to content

Have you ever wondered why some people never suffer from depression?

Confronted with some of life’s upsetting experiences (i.e., marriage breakdown, unemployment, bereavement, failure of any kind) many people suffer from depression. But others don’t. Why is this?

I’ve been studying myself and my thoughts for over 30 years – wanting to understand a debilitating depression that occurred long ago and why it affected my life (and those of the people around me) to the degree that it did.

One of my biggest challenges forced me to find the answers.

My Own Experience of Depression Forced Me to Find Answers

So, what happened to me? My first daughter was born prematurely. I took some extra weeks off from work to recover and prepare myself to be up and functioning by the date I was set to return to work.

The night before returning to work, I was unable to sleep, which was inconvenient because my job required both focus and physical stamina. I was a bassoonist in the Netherlands Philharmonic Orchestra, a job that requires a disposition comparable to that of a professional athlete.

I had never suffered from insomnia before, so I figured that my new situation of being a mother was somewhat unsettling for me and I simply needed more time to adjust. Surprisingly, I wasn’t able to do that. I also had no idea of what was going on with me. 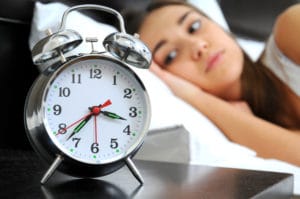 The insomnia was there to stay. I tried to manage . . . but I couldn’t. I had to quit my wonderful job to dedicate myself to bringing up my daughters and doing my best to manage the impacts my sleeping problem had on all aspects of my life. I’m currently writing a book on the subject of insomnia. You can read the first chapter by clicking here.

I embarked on a journey of self-discovery that would ultimately enable me to pull myself out of depression.

It also became the basis for the work I do and the cause I champion.

For 25 years I talked to myself a lot, intent on understanding what was missing in me. I captured almost every single thought and emotion I had, recording them on my MiniDisc and pondering them at length.

My goal was to get insight into certain patterns in my behavior finally. Step by step, I implemented changes and began to see the parallel between the lives of people who never got deeply depressed and those who had what I call a healthy Sense of Self.

Individuals with a clear sense of what they were motivated by as they pursued their personal and professional goals. People who didn’t seek approval in every interaction they had at home, at work, with family, or with colleagues.ay of looking at things and learned to see life in the way it must look for many people who never get depressed.

I came to understand there was no strong inner Sense of Self within me to function as my home-base, my haven.

There was no me that made choices in life aimed at the sake of the experience or simple enjoyment. There was “nobody home” within me.

To compensate, I had developed a sort of artificial structure that would fake the experience of Self. I call this a Substitute Sense of Self.

Through years of introspection, I learned something important about myself and believed it’s also common in others: When we are lacking a healthy Sense of Self we rely on a Substitute Sense of Self to give structure to our life and a sense of purpose for being in this world.

Reflecting on my own childhood experiences, I came to understand the following.

When, in early childhood, the parent or caregiver does not provide an effective “mirror” and/or does not see their child as a separate, (potentially) independent person, the foundation for the development of a healthy Sense of Self is missing. Instead, a dependency between parent and child develops; the parent keeps the child (emotionally) hostage for serving their own needs.

To compensate, the child experiences an urge to try to repair the damage done by missing that opportunity to develop an inner home they can rely upon their whole life. 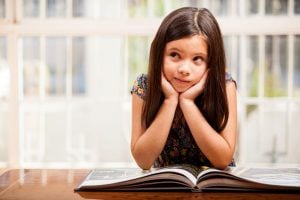 It is out of that urge that a Substitute Sense of Self forms through behaving in certain ways. The positive feelings that this pattern of behavior generates, if things go well, fills the need for approval, but only for a brief time.

Behavior that’s approved needs to be repeated ad infinitum; otherwise, a kind of existential terror is experienced from being ignored or worse yet, feeling invisible.

The Substitute Sense of Self develops as a way to survive each day’s quest to be acknowledged and get approval.

And what happens when our quest for satisfaction, approval, and acknowledgment is unsuccessful?

Before I was ever married and became a mother, my life’s “quest” was to become a good musician. Not just a musician but a good one. I had a friend who played the violin like an angel, and she wasn’t even a professional musician.

My mother adored her because of her skill. I wanted to be like my friend! I wanted to be in her shoes and be loved by my mother. I wanted to get my mother’s approval and recognition, so I used my musicianship as my means to that end.

So I was motivated to work hard, very hard, and I got the orchestra jobs I wanted. Then, my first daughter arrived early, and things had to change. I couldn’t spend all my time on practicing and working to be that wonderful musician anymore.

Of course, it wasn’t my daughter’s fault; I am ever so grateful that I have both of my children in my life. (Let there be no doubt about that, my dear girls!) But the truth is that my quest to get my mother’s attention by being the best musician (which I depended on for my self-experience!) turned into an impossibility.

When the sense of impossibility sank into my subconscious, it hit this most crucial drive on a deeply emotional level, causing the sudden onset of insomnia, a symptom of depression.

When our goal in life is approval, it can feel like a matter of life or death.

Sometimes circumstances in life stymie what has become a holy quest (something that feels like a matter of life and death); it can’t be pursued, and the person’s motivation for living deflates.

Let me share one bit of advice out of the array of tools and techniques I offer for working yourself up to a Restored Sense of Self:

Learn to have a direct relationship with the things and the people around you, as well as with your actions.

In short, work on developing a direct connection with your life. I am well aware that this advice will be hard to follow, and you need to know what I mean by a “direct relationship.”

One ailment that causes depression is that we are, what I call, Indirect Motivation – driven by agendas (quests to get approval) hidden from ourselves, and not doing things for the usual, obvious, direct motives.

Some people are fully present to their actions and the things and people in their lives. They do things for the most obvious and straightforward reasons.

For example, they eat when hungry, sleep when tired, can say no to things they do not wish to do, and have a sense of balance in their daily activities. They are the ones who “never seem to suffer from depression!”

I began to see the parallel between the lives of people who never got deeply depressed and those who had what I call a Healthy Sense of Self. People with a clear sense of what they were motivated by as they pursue their personal and professional goals. Individuals who didn’t seek approval in every interaction they had at home, at work, with family, or with colleagues.

For all my years of introspection and observing the world around me, I say this: People are roughly divided into two groups.

One group has a healthy Sense of Self. These are the people who are fully able to focus on what they are doing, who use their potential and have an overall sense of contentment.

Then there are the people, the second group, who have a lack of Sense of Self and are dependent on the outcome of their achievements and on what other people think of them.

Those who lack a Sense of Self live for their hidden agendas, but they are not aware of it. Nobody else is aware of it either. For these people, nothing they do, say, or seem to experience is a true reflection of their inner life.

In other words, on a much deeper level, their inner experiences are not aligned with the actual content of what is visible on the outside. But they do have their hidden processes.

At one end you have people who are very vulnerable. In the face of quite low stress or none at all, they’ll develop a mental health problem.

What this means is that something is going on within the minds and emotional bodies of these people, otherwise they wouldn’t develop mental health concerns.

A person who goes through experiences like that and does not get depressed has a measure of what is known as ‘resilience.’ But what is this resilience? Is it something we inherit or do we learn it? And if we lack it, can we acquire it?

Yes, resilience is a major factor. But to be resilient, you need a strong inner “home” or “haven” to go to and bounce back from. A solid, stable inner core of Self-hood.

As they get older, their physical and mental systems begin to fail . . . due to how they channeled their strength and energy into keeping up appearances.

Their lack of a Sense of Self finally takes its toll, and the weak spots start to show in their physical and mental well-being, making them even more vulnerable to anxiety and depression.

Peering into the brain is one way to look at things, and it has brought us great knowledge, but we must not forget the bigger picture.

Our degree of susceptibility to depression depends on the way we deal with daily circumstances. What are we all about, is the ultimate question. What is our motivation for the seemingly small goals we have? The education and careers we choose? The relationships we are most committed?

Resilience to depression can be learned and sustained.

If you suffer from depression or know someone who does, the key is to look at ourselves as a whole person and ask: “What is he or she all about? What ultimately motivates this person? Is this person seeking a Sense of Self that, at that crucial moment of development, never developed in a healthy way? Is their life a never-ending quest to fill that void?

(Editor’s Note: This blog is in response to an article from the online BBC News Magazine in which writer Geoff Watts asks:“Why do some people never get depressed?”  A study of the origins and nature of resilience conducted in 2012 at Manchester University inspired an extensive commentary by the founder of Healthy Sense of Self, Antoinetta Vogels. We offer this abridged blog article of what was published between January and February of 2012 because the topic of depression: why we suffer from depression and what it takes to be immune to it remains relevant and more important than ever.)

Curious About The Health Of Your Sense Of Self? 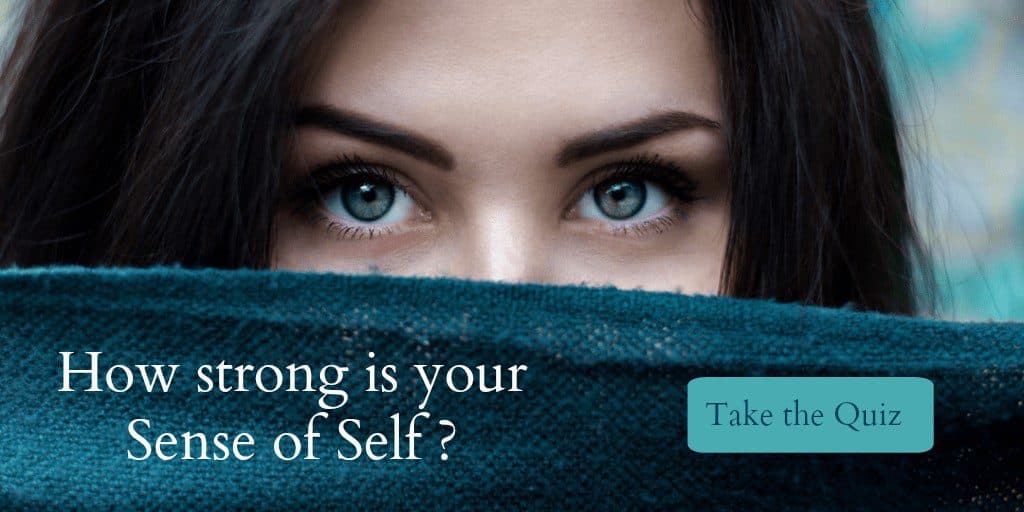